We still have our first receiver.  BC342N.

The BC-342 was a World War II U.S. Army Signal Corps high frequency radio receiver. It was a 115v version of the BC-312 receiver that used the RA-20 rectifier instead of the BC-312’s DM-21 dynamotor. It was used primarily as part of field installations such as the SCR-188A, but could be used with mobile sets such as the 2 1/2 ton mounted SCR-399. First designed at Fort Monmouth, New Jersey by the U.S. Army Signal Corps, it was built by various manufacturers including RCA. 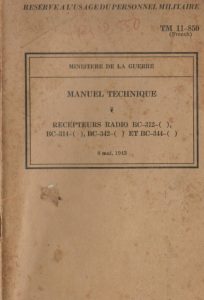