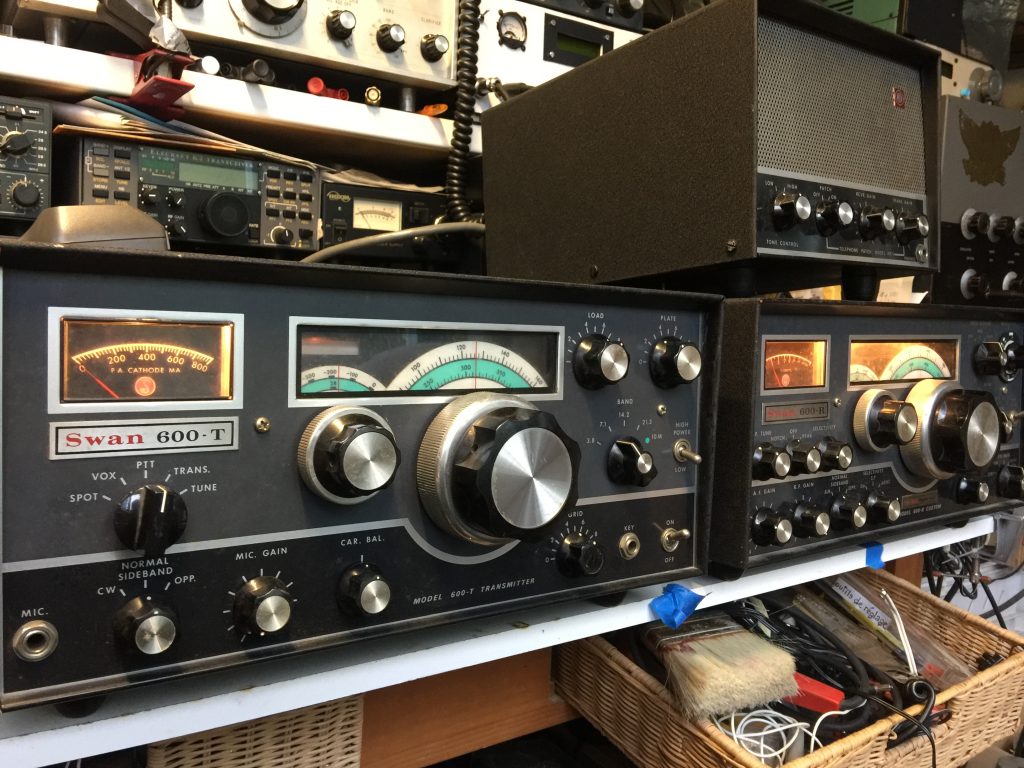 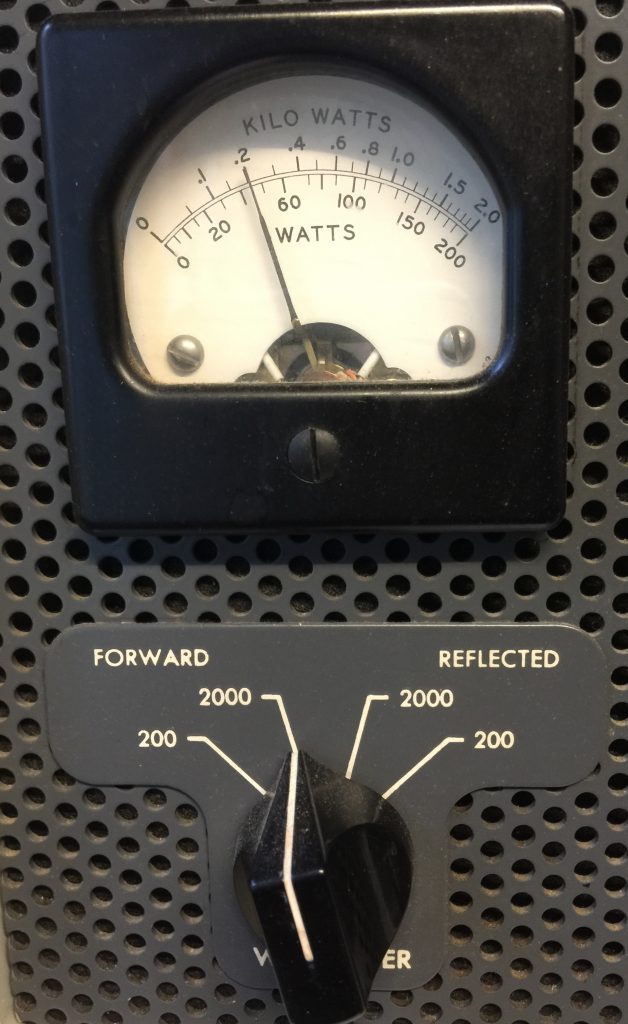 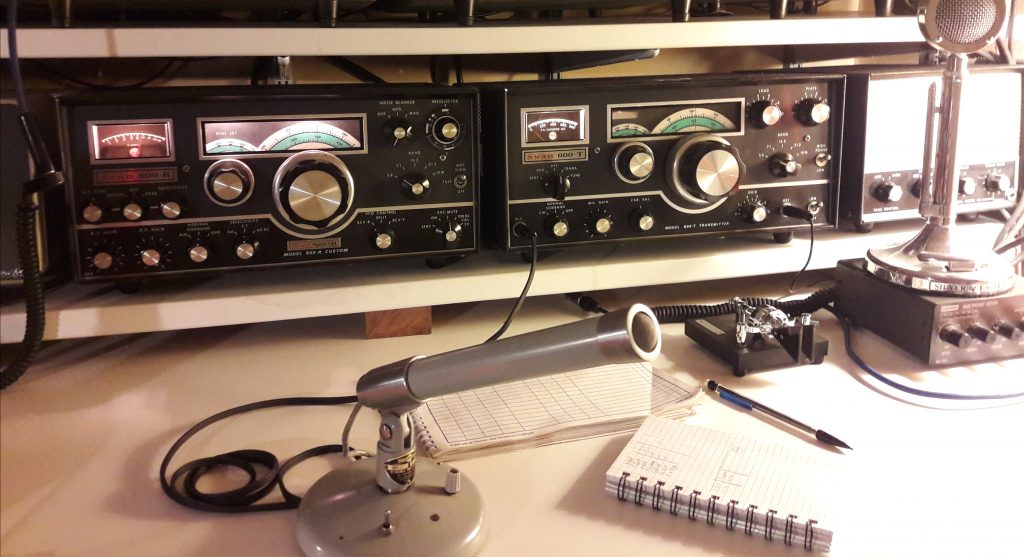 Founded by Herb Johnson, W7GRA/W8KQI, in Benson, Arizina as first called « Swan Engeneering ». First product was the cheap SSB transceiver SW-120. 1962, production was still greving, Swan moved to Oceanside, California. Later the company sold to Cubic Corporation, a San Diego based conglomerate that mainly sold sophisticated communications equipment to the US government and military agencies around the globe. In the late 1970ies Swan came into difficulties because the far east competitors in the HAM market play a bigger role and buisness still going down. A reanimation in the 1990 was not successful.

Swan made only one receiver, the 600-R. It was designed to match the 600-T HAM bands transmitter. 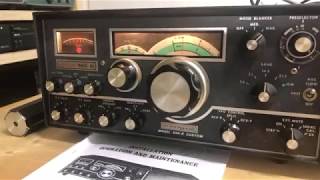 Some infos from the Swan Compendium PDF: The model 600R (a.k.a. 600RC) and 600T twins were introduced in 1971 and in April of that year the transmitter sold for about $495, the baseline receiver sold for $395, and the Custom receiver for $495. Therefore, the total system price was pushing $1,000 without any of the optional accessories, considerably more than the other contemporary Swan transceivers (e.g. the 500CX sold for about $489 plus power supply).

These units are a matching receiver and transmitter pair that are slightly different in physical size (6½ » H, 15″ W, and 12″ D) from the other Swan tube transceivers. Each includes its own built-in power supply and contains or had as options, a number of features not found on the other Swan models. While the two units may be operated independently, when used together there is an interconnecting cable with 11-pin male and female connectors (wired pin-to-pin, that is 1→1, 2→2, etc.) that controls transmit/receive switching, etc.

It is interesting to note that there was a special version of the 600R/T made (probably only one unit of each) that was labeled under the Siltronix brand name as the 700R and 700T models. They was reportedly made for a Swan/Siltronix distributor back in the 1970s. Supposedly, when ordered from the factory he did not have his ham radio license so he had the basic 600R/T design factory modified to put the 27-MHz band in instead of the 28-MHz band.

The front panel design is identical to the 600R/T and all other bands and features remained the same, other than for the label/model plaques, which are similar in appearance to the standard Swan design.

The 600T transmitter includes a high/low power switch on the front panel to reduce the rated 600-W SSB PEP and 500-W CW dc input power by about 50%, particularly useful for novice power restrictions during that time period and also for driving transverters or amplifiers that require lower drive levels. To implement this feature the switch does two things. First, it inserts a second resistor in the screen lead, reducing screen voltage from a nominal high of 215 V down to about 150 V. Second, the switch selects a second bias adjustment circuit with a separate potentiometer, required because of the significant change in screen voltage.
The 500-W CW dc input power rating is the highest of any Swan transceiver, including the 700CX or 750CW (400 W).
The 600T and the 260 and 270 (early version) Cygnet transceivers were the only Swans that used the 6FG6 Electron Ray Indicator tube (tuning eye), however the 600T also includes a conventional meter. The tuning eye provided a means of displaying peak relative RF output power modulation levels and was touted by Swan as a more accurate method to adjust SSB modulation levels because of its instantaneous response compared to a conventional meter movement, which is dampened by inertia effects.

600R/RC. There were two versions of this stand-along receiver sold, the baseline 600R and the 600RC custom model. There were early and late versions of the 600R/RC produced, with several small design differences between the two. The 600R/RC receiver, when used with the matching optional model 330 general coverage tuner, provides reception capability over the entire 3 to 30-MHz portion of the HF spectrum (excluding a 2-MHz guard band about the 5.5-MHz IF). The internal VFO covers only the conventional amateur HF bands.
The special 600R Custom version (a “Model 600R Custom” plaque is affixed on the front panel below the main tuning dial) of the receiver also includes: (1) a built-in IF Noise Blanker (used to clip signal impulse noise pulses prior to feeding it to the crystal filter – it is a similar circuit to that used in the stand-alone Model NB- 500 IF Noise Blanker accessory kit that was available for some Swan transceivers), and (2) an IC Audio Filter (in the notch mode it provides a tunable null to suppress heterodynes and unwanted CW signals or, when in the peak mode, it provides a tunable and variable narrow bandpass for enhanced CW operation – it is a solid-state 39  integrated circuit design similar to that used in the ICAF Audio Notcher-Peaker, which was available as a stand-alone accessory for Swan transceivers). A version of the 600R/RC was also offered and advertised with the SS-16 IF filter factory installed (as were other transceiver models).
A choice of two external speakers with cabinets that matched the 600 twins in styling and height was available:
The 600S ($18 in November 1971) includes only the speaker in a cabinet (similar in design to that used for the 117XC) and the Deluxe 600SP ($59) includes not only the speaker, but also the FP-1 phone patch with the controls located along the lower front panel. Also offered as an optional accessory along with the 600S/SP speakers were a 600-Hz BW CW filter ($22) and a 6-KHz BW AM filter ($29). 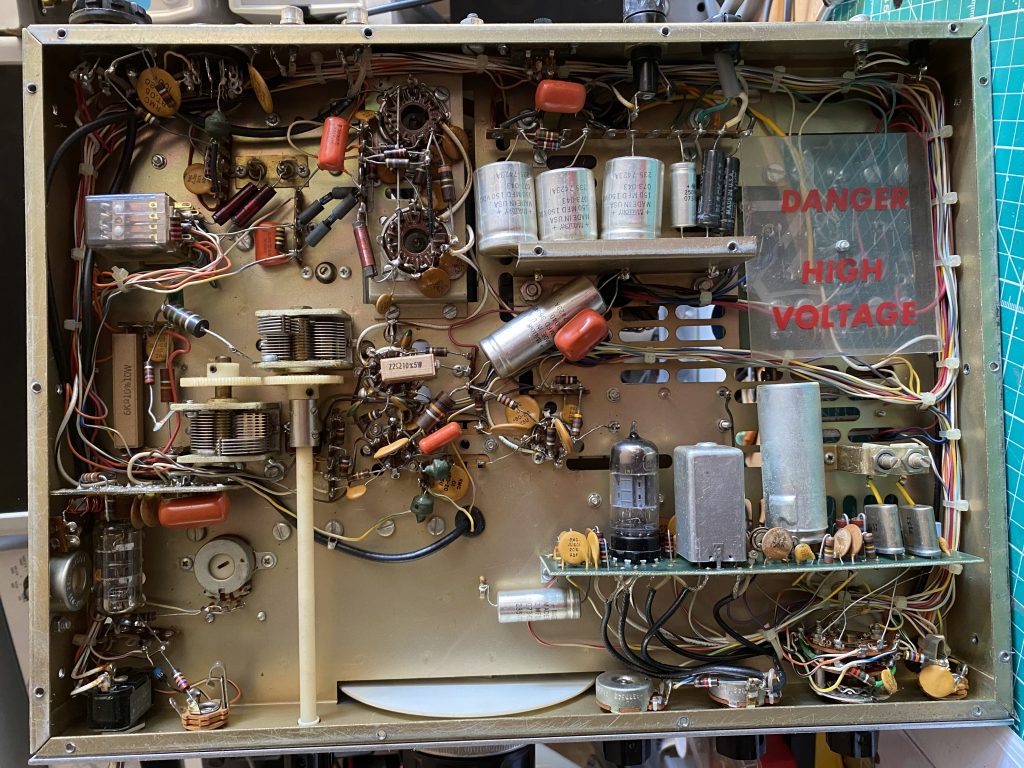 >>>> A very nice PDF around all the Swan